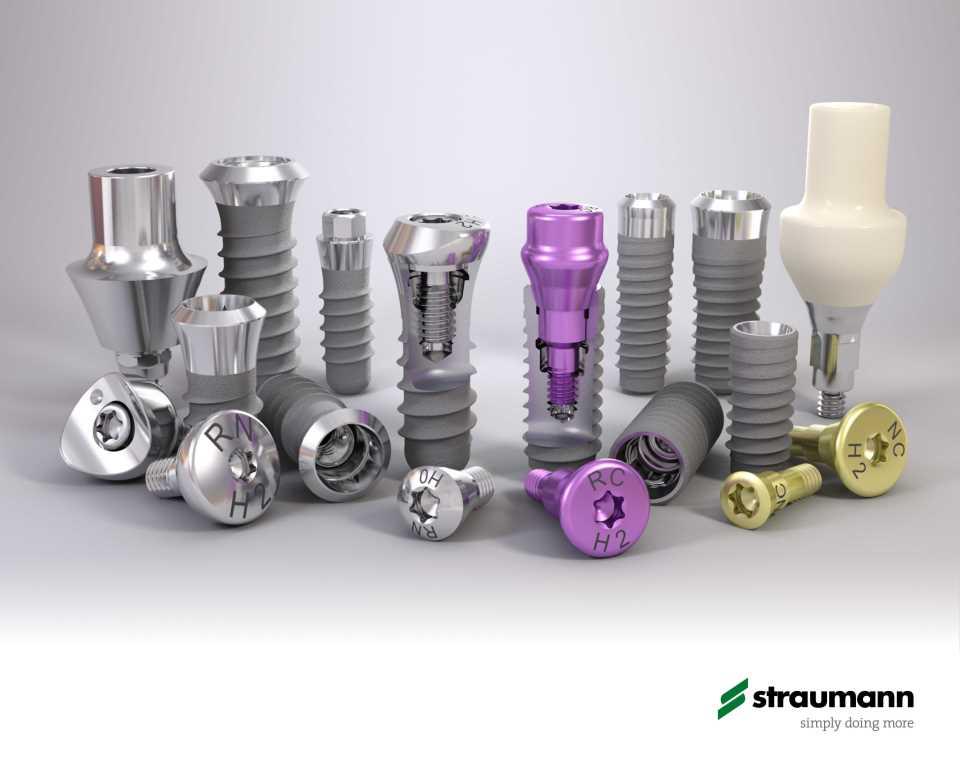 TOP Implants - Straumann ®
Swiss Institut Straumann AG group is the worldwide leader of dental implantology. The company has also gathered a great deal of experience in the process of regenerating the periodontium tissue. The highest quality standards maintained throughout the whole production process, knowledge based on more than 50 years of research and experience, precision of assembling the components, measured in thousandths of a millimetre - all of the above constitutes a base for the fact that using the Straumann® implants is the safest therapy available.
No. 1 System in Europe
In April 2006, the Finnish National Agency for Medicines published a report, which compared a variety of implant-systems. Finland is the only country, where the Health Ministry registers all of the inserted and removed implants. The document presents the number of the lost implants made by the given manufacturer, and it covers a period of 10 years (1994 - 2005). According to this data, the Straumann® implants are the most successful out of all of the registered implantological systems - i.e. 98,7%. The numbers speak for themselves!
Guarantee
The  Straumann® implants are covered with a lifetime guarantee provided by the manufacturer. The guarantee period for titanium links is as long as 10 years. Fully ceramic links are covered with a 5 year producer’s guarantee. Within the scope of the Straumann Classic programme, one may also procure prosthetic elements for the implants that were inserted between 1974 and 1999.
70 Branches, all around the world!
Straumann AG is a company of global reach, having its branches and distribution units in 70 countries, all over the world.
History
The new age of implantology began in the 1950’s. Professor Reinhard Straumann, a scientist with a wide spectrum of interests founds the “Straumann Research Institute”, located in a small town of Waldenburg, at the foot of the Swiss Alps. The company’s interests focus on metallography-related research and material testing. The company designed two, innovative metal alloys, which were designed specifically to be used in the watch mechanisms and springs - until today, the alloys are still being used in the high class Swiss mechanical watches, making it possible for them to achieve a legendary level of quality and accuracy. Straumann even ordered to drop 6 watches from a plane, cruising 1000 m above the city of New York. After a notarial examination of the watches was carried out, not only did it turn our that each of the watches went through the test flawlessly - the watches also worked with the same precision as before the drop. The Straumann Institute quickly gained international reputation, thanks to the fact that it developed new materials, technologies and timekeeping equipment.
Back in 1960, Dr Fritz Straumann, the son of the founder, got involved in metallurgic research focused on the metals that would be well-tolerated  by the human body, supporting the healing process in case of the broken bones. The research resulted in the first prototypes of the dental implants. Back in 1974, the Straumann Institute has created a pioneer dental implant, made out of titanium.
And so it started...and after many years of clinical research, the implants are capable of replacing any number of the missing teeth - even all of them.